Newton Rezoning and Newton's Current Land Use and Taxation

In the summer of 2020, the Planning Department began to tell the public and the City Council that the rezoning's major goals were to decrease oversize houses and to increase the supply and diversity of Newton's residential units, mainly through more multi-unit housing. This was a rebranding of the initial October 2018 goals of decreasing oversize houses and decreasing Newton's zoning nonconformity and use of Special Permits. This multi-unit/housing diversity rebranding began at the 6/29/20 Zoning and Planning Committee (ZAP) meeting and resulted in the proposed new Article 3: Residential District draft of 8/7/20 with its clear specification of by right multi-unit conversions and its ambiguous specification of by right two-family homes for all of Newton. The multi-unit/housing diversity rebranding also asserted the new view that nonconformities were now irrelevant in zoning, even though, again, the entire rezoning effort had been launched in October 2018 with the promise that it would decrease nonconformities.

The multi-unit/housing diversity rebranding has received all of the publicity and generated most of the discussion about the rezoning effort. In reality, however, the multi-unit/housing diversity rezoning period only lasted for six months, from 6/29/20 through 12/14/20. This period ended when there was a surprise 12/14/20 announcement by ZAP Chair Crossley that Newton-wide by right two-families would be "set down" and by right multi-unit conversions would be "taken off the table" until the analytics are done. This was followed two months later by the proposed new Article 3: Residential District draft of 2/12/21 which removed the ambiguous by right two-family language and removed the single family multi-unit conversions from 2 of the 5 residential districts.

Throughout the entire rezoning process, however, even including the 6/29/20 through 12/14/20 multi-unit/housing diversity period, the Planning Department has NEVER produced a single quantitative baseline of the current supply and diversity of Newton's residential units. Nor has the Zoning and Planning Committee given any quantitative target for the increased supply and diversity. Instead there has just been the general nonquantitative impression given that the Newton housing supply is "single-family only" and this leads to wealth inequality.

This chapter presents the quantitative measurement of the current supply and diversity of Newton's residential units, as well as comparative data about Newton's population density and owner-occupancy rates. Basically, Newton has a population density of 5K people/sq. mi., has an owner occupancy rate of 71.5%, and has a housing supply of 33.2K units, of which 17.1K units are single-family homes.

In addition, Newton's nonresidential land use is quite unusual because 80% of its nonresidential land is tax-exempt property owned by the government and nonprofits  - or minimally taxed land owned by private golf courses. The proposed new zoning ordinance gives significant new benefits to this tax exempt and minimally taxed land, but the Newton public has not been made aware of either the high portion of the exempt/low tax land in Newton or the significant new zoning benefits proposed for this land. Unlike the temporary by right residential residential conversions, the proposed benefits to exempt/low tax land have not changed at all since the initial proposed new ordinance of 2018.

This chapter presents the quantitative measurement of the current supply and diversity of Newton's residential units, as well as the measurement of the fully taxed, minimally taxed, and tax-exempt land in Newton. This chapter also shows the empirical relationship between population density and owner occupancy in Massachusetts. And this chapter discusses some of the zoning benefits for exempt/low tax land that are contained in the proposed new ordinance. The golf course benefits are only summarized briefly, however, with a more detailed discussion occurring in Newton Rezoning and Newton's Private Golf Courses.

NewtonRezoning.org has calculated that Newton currently has a supply of 33.2K residential units, as of 7/6/20. This number EXCLUDES 2.3K in dormitory capacity, 525 nursing home units, and the accessory apartments that are currently allowed in detached single and two family homes in residential zoning districts.

The 33.2K residential unit count does not yet include the 1.7K apartments that are planned in the Northland, Riverside, Trio, and Dunstan East developments. If these developments are completed as planned, the number of residential units in Newton will rise to 34.9K units  - and single-family housing will be in the minority at 48.7% of Newton residential units.

In addition, Table 1 also shows a dramatic difference in tax revenue per residential unit depending on housing type. For 2020, the tax billed per single-family household was $13K per household, while the taxes billed to apartment was 20% of that, at $2.7K per household.

From Table 2 and Figure 1, Somerville has the highest density at 20K persons/ sq. mile and the second lowest owner-occupied housing rate of 33.6%, with only Chelsea having a lower rate. This is mentioned because Somerville is the only municipality in Massachusetts using form-based zoning on a city-wide basis and Newton's proposed new ordinance also uses form-based zoning.

Currently all of Newton's non-profit schools and Newton-Wellesley Hospital are zoned in Residence Districts, where they must follow the dimensional standards for institutional buildings specified by Article 3: Residence Districts in Newton's Current Zoning Ordinance. These institutional building standards include the following, by right, height restrictions "Building and structure height may be increased by one story for every 150 feet of distance from streets and abutting properties, but not to exceed 6 stories or 60 feet." If an institution wants to exceed these institutional height restrictions in residential districts, they need to obtain a Special Permit.

The proposed new ordinance Article 6: Single Purpose Districts moves all of Newton's non-profit schools and Newton-Wellesley Hospital out of Residential Zoning Districts and puts them in standalone Campus/Institutional Districts despite the fact that these institutions are within residential neighborhoods - right next door to single-family or two-family abutters. Furthermore, the proposed new by right institutional building types allowed in these Campus/Institutional Districts have building heights in excess  of 100' and required minimum side setbacks of only 15'. Building these enormous structures right in the middle of residential neighborhoods would affect hundreds of homeowners, few of whom even know that this change is being proposed. In the case of the non-profit universities, increased building size and standalone nonresidential zoning may also result in more students and increased off-campus housing requirements, putting more strain on Newton's housing supply for residents. In the case of both the non-profit universities and Newton-Wellesley Hospital, suddenly freeing their properties up from the constraints of residential zoning, including the current institutional building height dimensions, would be a huge financial benefit.

The proposed section 6.1.7 allowing 100' institutional buildings with small setbacks was discussed at the 1/28/19 ZAP meeting - with two City Councilors raising concerns. These concerns, however, were not even mentioned once in the 1/28/19 meeting report nor in any other Article 6 issue summary published by the Planning Department, even though, again, these by right 100' institutional buildings would be of great concern to many homeowners.

With regard to Newton's 543 acres of private golf courses, these are currently in Single Residence Districts, but the proposed new ordinance Article 5: Public Use and Recreational Districts would rezone all of the golf course land into standalone Recreational Districts, where almost no housing is allowed, other than one accessory caretaker's cottage per lot. This would reduce the land available for housing and it would also "probably" decrease the market value assessments of the golf courses, with this qualified "probably" discussed in more detail, and with supporting comparative assessment data, in Newton Rezoning and Newton's Private Golf Courses. 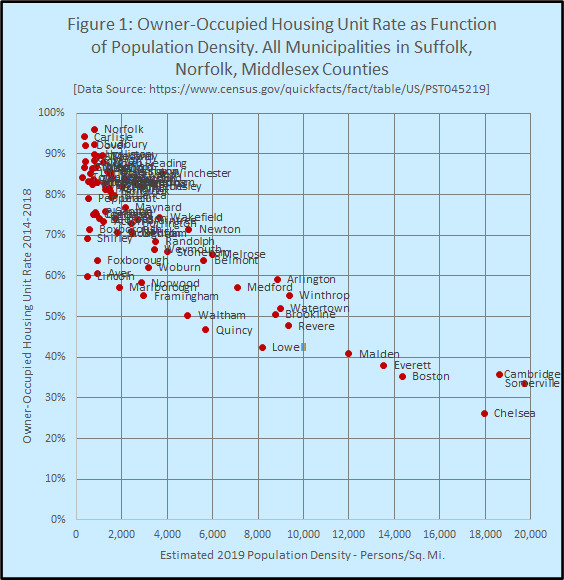 Newton's proposed new rezoning is clearly pro-business as evidenced in the generous new Articles 5 and 6. This pro-business rezoning is then accompanied by anti-owner-occupant rezoning as evidenced in the punitive new Article 3 on Residence Districts which deliberately changes Newton's entire single and two-family housing stock to nonconforming status for no logical reason. Among other items, the new Article 3 decreases the allowed footprints and doubles the rear setbacks for most homes, triples the side and rear setbacks for 1.5K homes, arbitrarily decreases the story number limits for 4.2K homes, only allows townhouses and side-by-side duplexes in one tiny district, and won't even allow residents to park in the driveway sections in front of their own homes - which will be especially hard for residents without garages. Article 3 is also very complicated, so complicated that few residents and City Councilors have even noticed the huge pro-business benefits of Articles 5 and 6.

Zoning ordinances and land use are related, but not identical. Zoning ordinances are a set of laws that specify the allowed uses and dimensional standards within a zoning district, where the zoning map specifies the lots that are assigned to each zoning district. Properties that follow these laws are "conforming" and  properties that don't follow these laws are "nonconforming." Typically, the zoning ordinances will also specify the consequences of being nonconforming, based on the type of nonconformity. Land uses as measured by "land use codes" are NOT zoning specifications of the allowed conforming use of a property. Instead, use codes are a measure of the actual use, conforming or not, that exists on a property, for the purpose of accurate taxation.

The baseline land use, as measured by land use codes, is shown in Table 1. Land use codes, property dimensions, number of apartments in building, tax bills, and PILOT payments were obtained from the Newton Assessors Database through a public records request. The Massachusetts Department of Revenue's publication "Property Type Classification Codes" [April 2019] and the Newton-specific Use Code descriptions posted on the "MassGIS Data: Standardized Assessors' Parcels" website were then used to interpret the land use codes. In most cases, housing type was explicitly identified by each lot's use code such as 1010 for single-family, 1020 for residential condo, etc. In the case of 192 single-family homes and two-family homes, however, with use codes 0130 (primarily residential, some commercial) and 1090 (multiple houses on one parcel), NewtonRezoning.org estimated whether the home was single or two-family. The details of structures, including type and number of residential units, were less precise for properties with tax-exempt codes than with taxable codes, because accurate taxation is not an issue, and this approximate nature of the exempt residential unit count is noted in Table 1.

Table 1's property tax/PILOT revenue was double-checked against the Mayor's FY2021 Comparative Summary of Budget Sources and Uses with results shown in the table.

Table 1 gives a total Newton land use area of 14.35 sq. mi., with private (non-government) developable land use area of 12.37 sq. mi. The 12.37 sq. mi, private/developable land area number was double-checked against the private/developable land area of 12.35 sq. mi. in the Newton Zoning Board of Appeals and Dinosaur Rowe, LLC case (No. 15-01) case before the Housing Appeals Committee. The 14.35 sq. mi. of total land area does not agree with the U.S. Census total land area for Newton of 17.84 sq. mi., however, because the Census total includes roads and some bodies of water not included in the 14.35 sq. mi. Note that it is the 17.84 sq. mi. that is used to calculate population density by the Census  - and NewtonRezoning.org also uses this Census convention in comparing Newton's population density with other municipalities, in Table 2 and Figure 1. The U.S. Census was also used as the data source for the municipal owner-occupied housing unit rates 2014-2018 in Table 2 and Figure 1. It might be possible to obtain newer and more accurate owner-occupancy rates using the Massachusetts GIS Parcels Data, and this might be done by NewtonRezoning.org in the future.