Newton Rezoning and Actions You Can Take

The timeline for the City Council vote on the Planning Department's complete rezoning proposal has moved several times from, originally, the end of 2019 to sometime during the upcoming 2022-2023 City Council term. As of 4/26/21, there have been 37 ZAP meetings on the rezoning proposal with over 1,000 Planning Department PowerPoint slides. If Mayor Fuller is re-elected, it is expected that the ZAP meetings and PowerPoint slides will continue until the City Council vote.

ZAP meets on the second and fourth Mondays of each month, with agendas posted in the "Zoning and Planning" link in the Friday Packet at:

Users can usually click on the most recent memo marked "Agenda" to see the Zoom login information and also the topics to be discussed at the next meeting. If the rezoning is a scheduled topic, and it usually is, it will appear as item #88-20 in the Agenda. Past ZAP meetings can also be viewed at https://newtv.org by searching "zoning and planning." In addition, the Planning Department has a webpage dedicated to the Rezoning at:

Newton residents are encouraged to attend (or use newtv.org to view) the ZAP meetings about the rezoning and also to visit the Planning Department's webpage. Rather than asking Newton residents to simply sit passively through more meetings and PowerPoint slides, however, NewtonRezoning.org is also advocating that residents demand that the Planning Department release the following written primary information.

Residents should communicate their questions and concerns about the rezoning directly and frequently to the City Council and the Mayor, NOT the Planning Department, using the addresses on the right side of this screen. Importantly, residents should ensure that their communications always become part of an official public record - either as a NewtonMa.gov email or in a public hearing tape. Venting exercises that produce no public records will have no effect.

Alternatives to the Rezoning Process

Much of the proposed rezoning is about the increased power for the Mayor's staff and boards, increased zoning restrictions placed on single/two-family homes,  and decreased zoning restrictions placed on businesses, especially non-profit businesses. The case for these goals is often made by the non-quantitative denigration of the individual as being petty, selfish, and consuming too many resources.

This is where numbers can help, numbers that are not being supplied by the Planning Department. By supplying numbers about the actual quantity and diversity of Newton's housing stock, as well as numbers about land values vs. building values, and numbers about density and homeownership, Newton residents can rationally plan what they want the city to be - rather than being manipulated, hectored, and shamed into following an untested theory of what someone else wants the city to be.

And this is also where the current zoning ordinance can help. If Newton residents are generally happy with Newton, but would like FAR adjusted downwards to decrease large houses and teardowns, then they should ask for that. Or if Newton residents would like smaller new lot sizes, allowing for the creation of more and smaller lots than the pre-1954 lot creation minimums allow, then they should ask for these minimums to be adjusted downwards to the pre-1954 minimums. Or if Newton residents would like more multi-unit conversions of single and two-family homes, they should know that the current zoning ordinance allows that NOW, with a Special Permit, in sections 3.1.11 and 3.2.13 under lot size constraints, lot size constraints that could be adjusted downwards. There is no need to throw out a set of laws, and a system of government, that has created a city that everyone likes to live in, when adjusting the current zoning ordinance can make the city more equitable in a transparent and rational manner. 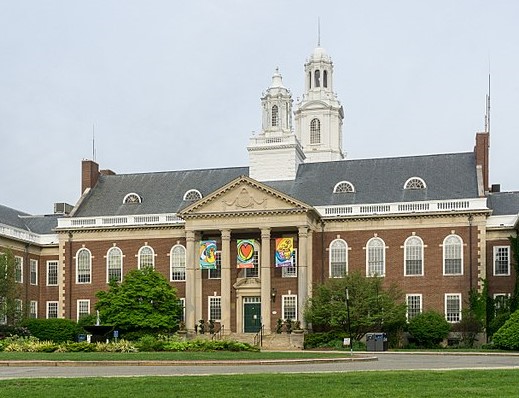 There will be a Newton election for the Mayor and all 24 City Councilors on the first Tuesday in November 2021. The best way to affect the rezoning process, and other legislation or oversight, is to vote in this election.

The current Mayor, Ruthanne Fuller, took office on 1/1/18.  Mayor Fuller's staff then abruptly rewrote Newton's entire zoning code over a five month period beginning in May of 2018 and ending with a 282 page completely new proposed zoning code and map on 10/19/18. This proposed code has then been aggressively marketed by Mayor Fuller's Planning Department for almost 3 years. In other words, the Newton rezoning code content and process are 100% Ruthanne Fuller. If Newton's registered voters do not want the proposed zoning code, they should vote against Mayor Fuller in the election.

A full list of Mayoral and City Council candidates, along with NewtonRezoning.org's endorsements, will be published after the nomination process is complete in mid-summer 2021.

The second best way to affect the zoning process, and other legislation or oversight, is to contact the Newton City Councilors and Mayor directly. If you are a Newton resident, say so and include your full name, street name, and Ward (if known). Please note that all emails to NewtonMa.gov are public records, so you may not want to include too much other personal information.

City Council Members of the Zoning and Planning Committee (ZAP):

[Request that your email be forwarded to Planning Board.]

The Planning Board participates in the ZAP meetings and writes recommendations to the City Council about zoning changes, but does not have any voting powers.

Other City Council Members - not on ZAP:

The Finance Committee reviews matters relating to the Budget and the Assessing Department, among other entities. Residents can write to the Finance Committee with issues related to rezoning and tax revenue, for example, or with concerns with the cost of the rezoning effort.

City Council Members of the Programs and Services Committee: